Eastend, home of Scotty the T.rex 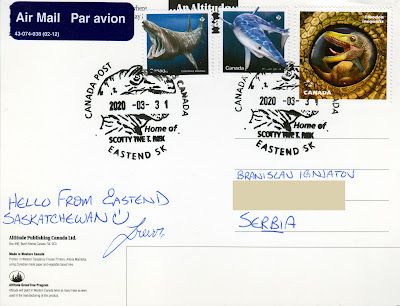 Eastend is a town in southwest Saskatchewan, Canada. It is situated approximately 55 kilometers  north from the Montana border and 85 kilometers from the Alberta border. The town is best known for the nearby discovery of a Tyrannosaurus rex skeleton nicknamed "Scotty" in 1994. The town has used the discovery of this fossil as the main centerpiece in the construction of a museum called the T.rex Discovery Center, which opened on May 30, 2003. The center is operated by the Royal Saskatchewan Museum, and contains the RSM Fossil Research Station. And you can see beautiful postmark dedicated to Scotty the T.rex on this postcard. 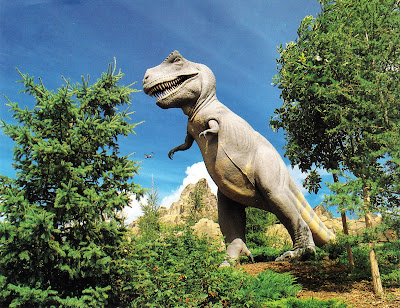 Posted by Branislav Ignjatov at 21:50