Year of the Rat on FDC from China 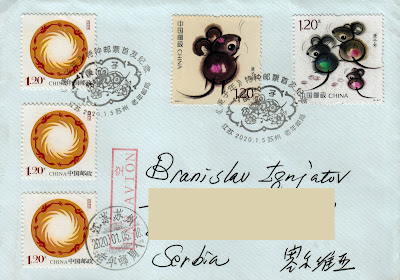 An interesting Chinese legend about the ranking of the Rat goes that the Chinese supreme deity Jade Emperor held a birthday party and would decide the order of the zodiac animals according to their arrival times. Originally, the hardworking Ox departed early and should be the first one to reach. However, the Rat hid in the Ox’s ear and jumped down when arriving, occupying the first place. Thus the Rat had since been the No. 1 in the 12-year cycle and represents spirit, wit, alertness, delicacy, and flexibility. This year is Year of the Rat and Chinese post issued this really cute stamps set on 5th January.


Posted by Branislav Ignjatov at 01:28