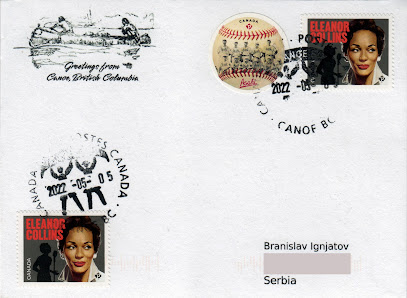 Canoe, British Columbia, is a semi-rural community in British Columbia within the larger City of Salmon Arm. The Secwepemc peoples were known to use the mouth of Canoe Creek as a site to launch dugout canoes for travel around Shuswap Lake. The town at Canoe was established in the late 1800s, as the Canadian Pacific Railway was being completed and British Columbia joined confederation with Canada. The Canoe post office opened in 1909, and Canoe has been marked on official maps since at least 1915.


Posted by Branislav Ignjatov at 23:42