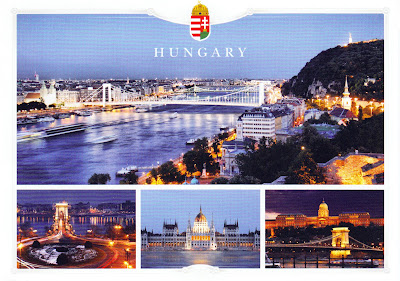 This is my first postcard from my north neighbor Hungary. Hungary is a parliamentary constitutional republic in Central Europe. It is situated in the Carpathian Basin and is bordered by Slovakia to the north, Romania to the east, Serbia to the south, Croatia to the southwest, Slovenia to the west, Austria to the northwest, and Ukraine to the northeast. The country's capital and largest city is Budapest

Following centuries of successive habitation by Celts, Romans, Huns, Slavs, Gepids and Avars, the foundation of Hungary was laid in the late 9th-century by the Hungarian grand prince Árpád in the homeland-conquest. His great-grandson Stephen I ascended to the throne in 1000 CE, converting the country to a Christian kingdom. By the 12th century, Hungary became a middle power within the Western world, reaching a golden age by the 15th century. Following the Battle of Mohács in 1526 and about 150 years of partial Ottoman occupation (1541–1699), Hungary came under Habsburg rule, and later formed a significant part of the Austro–Hungarian Empire (1867–1918).

Hungary's current borders were first established by the Treaty of Trianon (1920) after World War I, when the country lost 71% of its territory, 58% of its population, and 32% of ethnic Hungarians. Following the interwar period, Hungary joined the Axis Powers in World War II, suffering significant damage and casualties. Hungary came under the influence of the Soviet Union, which contributed to the establishment of a four-decade-long communist dictatorship (1947–1989). 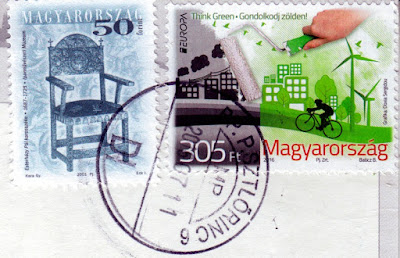 Posted by Branislav Ignjatov at 12:19