Land camera on postcard from UK 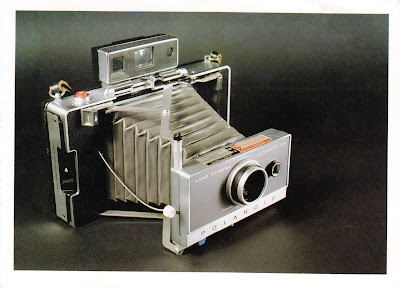 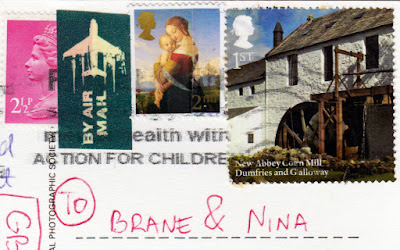 We received this postcard randomly sent from Postcard united several months ago. It shows Land  camera from 1947. The camera, which became better known by the name of Land's company, Polaroid, was the first so-called instant camera. Using developer and fixer contained in sacs with the film and photographic paper in a layered packet, the first Polaroid camera could produce a black-and-white photo in 60 seconds.  After the exposure was made, the packet was pulled out of the camera, which squeezed the chemicals from their sacs and began the developing process.
Thank you, Rasa!

Posted by Branislav Ignjatov at 23:47