Successful docking of the Crew Dragon Endeavour with the ISS 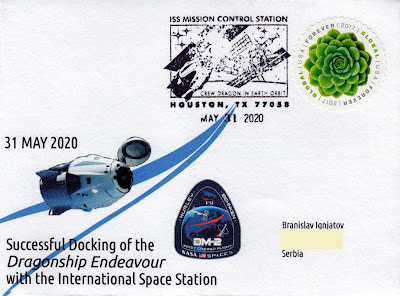 Crew Dragon Endeavour is a Crew Dragon spacecraft manufactured and operated by SpaceX and used by NASA's Commercial Crew Program. It was launched into orbit atop a Falcon 9 rocket on 30 May 2020 and successfully docked to the International Space Station on 31 May 2020 as part of the Crew Dragon Demo-2 mission; this was the first crewed flight test of a Dragon capsule, carrying Doug Hurley and Bob Behnken. It is the spacecraft used in the first crewed orbital spaceflight from the United States since STS-135 in July 2011 and the first crewed orbital spaceflight by a private company. On 2 August 2020 it returned to Earth. 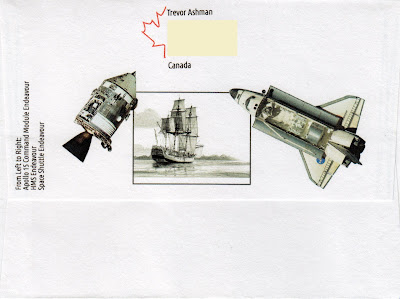 This nice cover is designed by Trevor Ashman to commemorate this unique event. He sent his covers to Houston cause of this awesome special postmark. Thank you very much, mate!


Posted by Branislav Ignjatov at 01:22