Canadian flag and nice postmark on postcard from Ralston 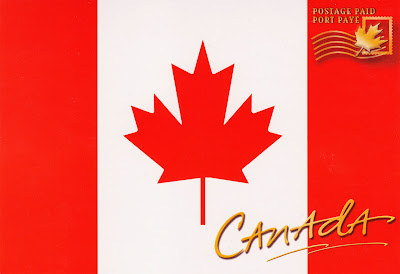 I received this postpaid postcard with Canadian flag adopted in 1965. Red is symbolic of England and white of France, the colors having been used representatively by those countries in the past. The maple leaf represents unity across the entire country- regardless of birthplace. 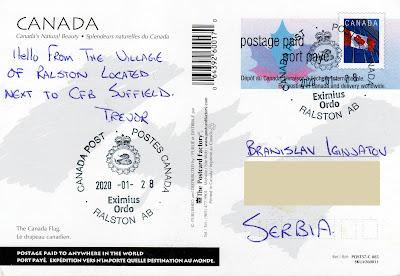 Postcard is sent from Ralston with this very nice postmark! The Crown Village of Ralston is located to the east of Highway 884 on CFB Suffield within Cypress County in southern Alberta, Canada, approximately 3 km north of the Hamlet of Suffield and the Trans-Canada Highway.

Posted by Branislav Ignjatov at 00:18