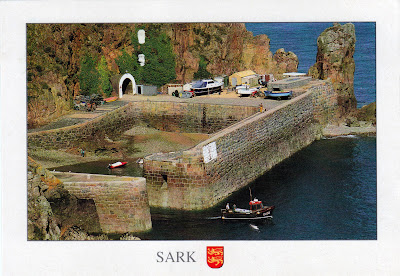 Sark is a part of the Channel Islands in the southwestern English Channel, off the coast of Normandy, France. It is a royal fief, which forms part of the Bailiwick of Guernsey, with its own set of laws based on Norman law and its own parliament. It has a population of about 500. Sark (including the nearby island of Brecqhou) has an area of  only 5.44 km2. Sark is one of the few remaining places in the world where cars are banned from roads and only tractors and horse-drawn vehicles are allowed. 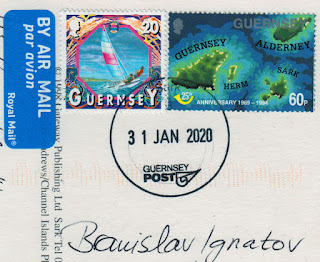 Fantastic selection of stamps:
First one is Maritime Heritage, issued on 4.8.2000.
Second one is map of Channel Islands, part of set Mailtransport from 1.10.1994.

Posted by Branislav Ignjatov at 02:23