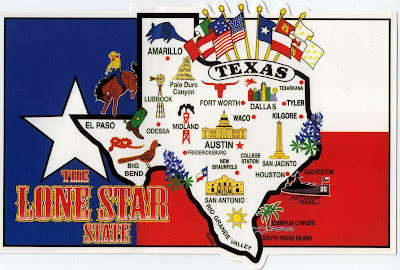 I received inside cover this nice nice big shaped postcard with map of Texas, a state in the South Central Region of the United States. It is the second largest U.S. state by area (after Alaska) and population (after California). Texas is nicknamed the "Lone Star State" for its former status as an independent republic, and as a reminder of the state's struggle for independence from Mexico. The origin of Texas's name is from the word taysha, which means "friends" in the Caddo language.The term "six flags over Texas", refers to several nations that have ruled over the territory. 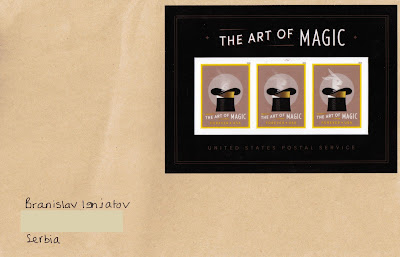 Postcard arrived in this cover with souvenir sheet The Art of magic, printed in lenticular technique. This wonderful minisheet is issued on 7.8.2018.

Posted by Branislav Ignjatov at 23:48