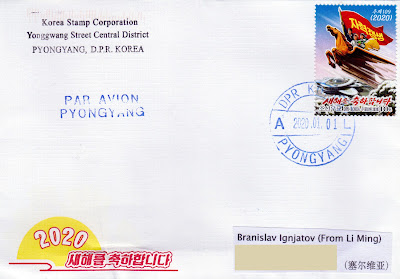 Finally i received my first cover from North Korea after two unsuccessful attempts. This is first day cover Under the uplifted banner of self-reliance, issued on 1.1.2020.  Designer is Choe Kuk Chol and print run is 20.000. 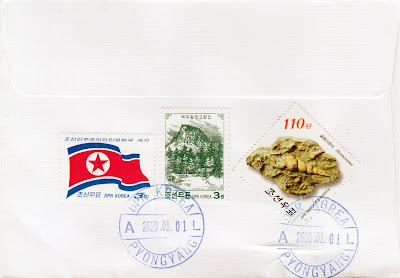 
Thank you so much, Li Ming!


Posted by Branislav Ignjatov at 20:11