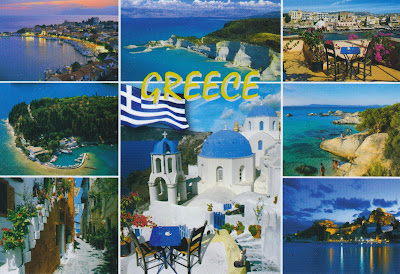 I have received nice multiview postcard from Greece. That will be my next summer holiday destination.
An important percentage of Greece's national income comes from tourism. Tourism funds 16% of the gross domestic products which also includes the Tourism Council and the London-Based World Travel. 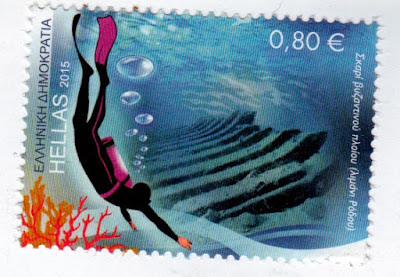 This stamp is from set Tourism diving; Ship-wreck, Byzantine period, Rhodos, issued on 20.07.2015.
I have received earlier one stamp from this very nice set.

Posted by Branislav Ignjatov at 13:00