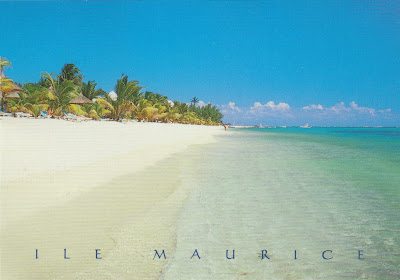 This is my first postcard from beautiful Mauritius. Mauritius is an island nation in the Indian Ocean about 2,000 kilometres off the southeast coast of the African continent. The country includes the island of Mauritius, Rodrigues (560 kilometres east), and the outer islands (Agaléga, St. Brandon and two disputed territories). The islands of Mauritius and Rodrigues (172 km southwest) form part of the Mascarene Islands, along with nearby Réunion, a French overseas department. The area of the country is 2,040 km2. The capital and largest city is Port Louis. 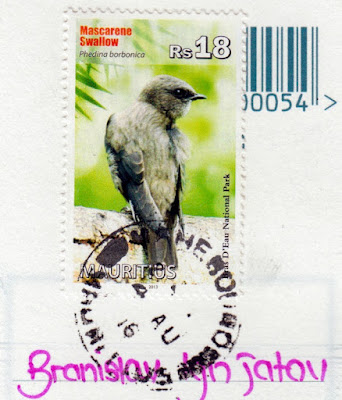 This stamp is Mascarene Swallow (Phedina borbonica), from set Flora and Fauna, issued on 30.08.2013.

The Mascarene Swallow, also known as the Mascarene Martin and the 'grosse hirondelle' in French, is a rare bird with a total population of less than 500 pairs in Mauritius.

Posted by Branislav Ignjatov at 17:25