My stamp order from Portugal 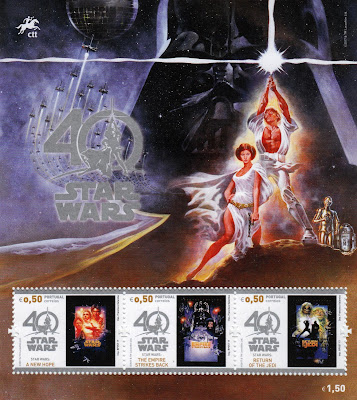 When Portuguese post issued Star Wars stamps, I decided it's time to make my first order from this beautiful country. This beautiful sheet with 3 stamps and 6 individual stamps are dedicated to The 40th Anniversary of Star Wars, and it's issued on 25.8.2017. Sheet is dedicated to the original trilogy (now Episodes IV, V and VI), and individual stamps celebrate most memorable characters from franchise. 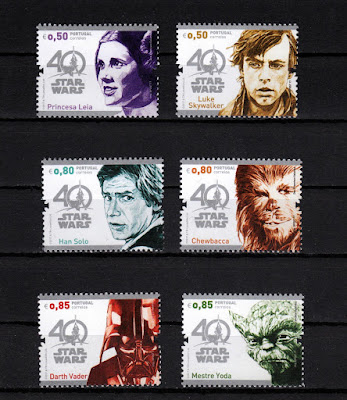 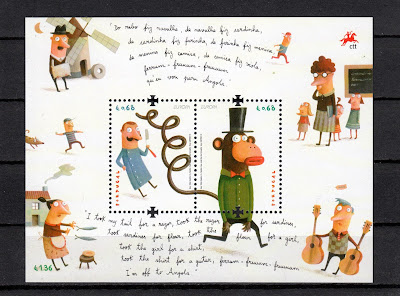 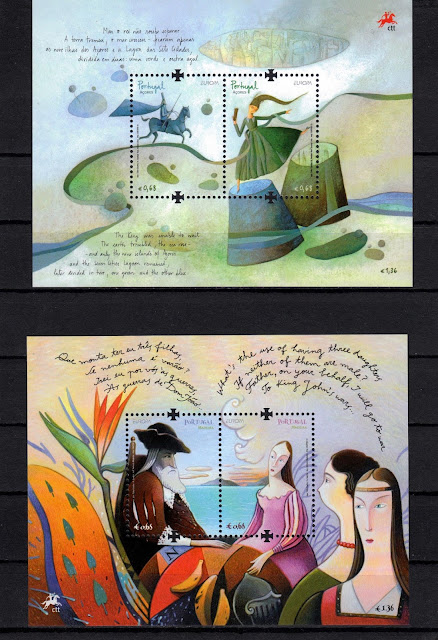 Portugal also have separate issues for their island territories, Madeira and Azores, and it's also issued on 7.5.2010. 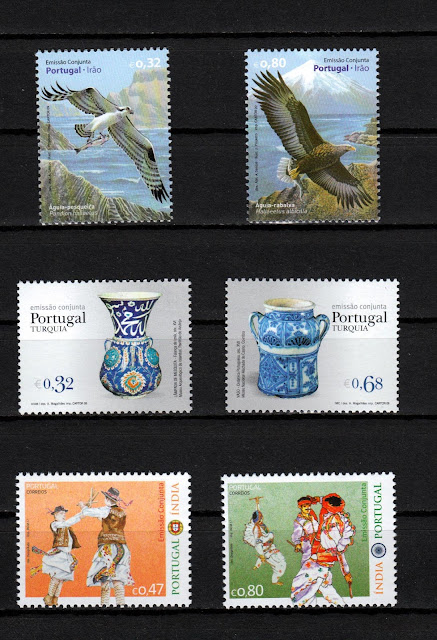 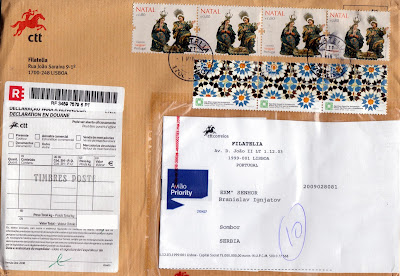 And for the end, this is one of rare posts which sends philatelic material in cover with stamps! This is so rare today, unfortunately. They used two different stamps: Christmas, (10.9.2013), and famous Portuguese tiles rewarded with Aga Khan Award for Architecture (6.9.2013.)


Posted by Branislav Ignjatov at 16:56