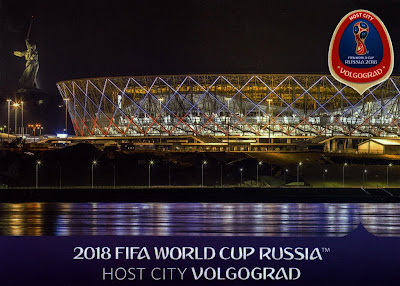 2018 FIFA World Cup Russia was played in 11 host cities and Volgograd was one of them. Volgograd Arena was built on the site of the Central stadium, at the foot of the Mamayev Kurgan war memorial.

Formerly known as Stalingrad, Volgograd extends alongside the Volga River and has 1 million residents. Modern Volgograd is an important manufacturing centre, with industries that include shipbuilding, oil refining and steel and aluminium production.Volgograd and the surrounding area saw some of the heaviest battles during World War II. The Battle of Stalingrad was a turning point in the war. The 85-metre “Motherland calling” statue is Volgograd’s landmark and can be seen from any point of the city. 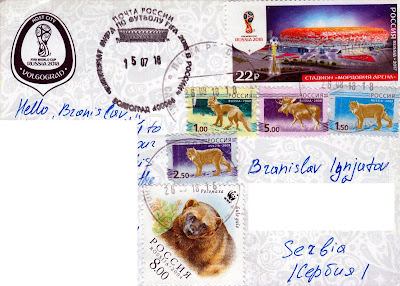 Posted by Branislav Ignjatov at 01:05