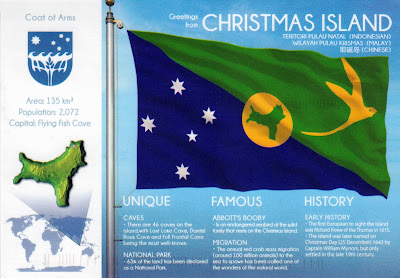 The Territory of Christmas Island is an Australian external territory comprising the island of the same name. Christmas Island is located in the Indian Ocean, around 350 kilometers south of Java and Sumatra and around 1,550 kilometers north-west of the closest point on the Australian mainland. It has an area of 135 square kilometers. Christmas Island had a population of 1,843 residents as of 2016. The main settlement is Flying Fish Cove. The first European to sight the island was Richard Rowe of the Thomas in 1615. The island was later named on Christmas Day 1643 by Captain William Mynors, but only settled in the late 19th century. Its geographic isolation and history of minimal human disturbance has led to a high level of endemism among its flora and fauna, which is of interest to scientists and naturalists. The majority (63%) of the island is included in the Christmas Island National Park, which features several areas of primary monsoonal forest. 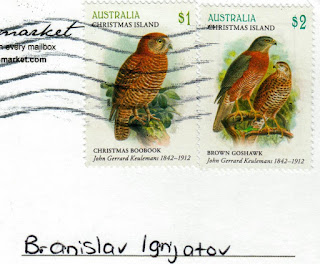 Posted by Branislav Ignjatov at 01:53