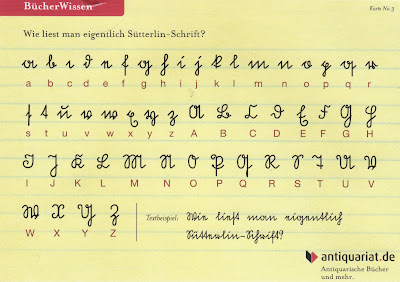 Sütterlin script is the last widely used form of Kurrent, the historical form of German handwriting that evolved alongside German blackletter typefaces. Graphic artist Ludwig Sütterlin was commissioned by the Prussian ministry for culture to create a modern handwriting script in 1911. His handwriting scheme gradually replaced the older cursive scripts that had developed in the 16th century at the same time that bookletters developed into Fraktur. The word Sütterlin is nowadays often used to refer to all varieties of old German handwriting, although only this specific script was taught in all German schools from 1935 to 1941. 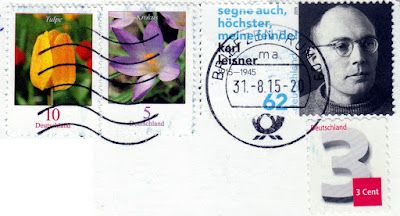 Posted by Branislav Ignjatov at 00:03