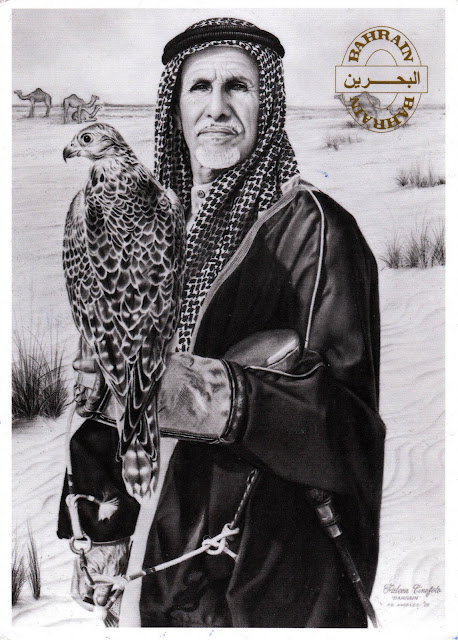 This beautiful postcard dedicated to falconry is my first postcard from Bahrain! Kingdom of Bahrain is a small Arab monarchy in the Persian Gulf. Bahrain consists of a group of islands between the Qatar peninsula and the north eastern coast of Saudi Arabia. It is an island country situated near the western shores of the Persian Gulf in the Middle East. The population in 2010 stood at 1,234,567, including 666,172 non-nationals. It is 780 km2 in size, making it the third smallest nation in Asia after the Maldives and Singapore.

Falconry is the hunting of wild quarry in its natural state and habitat by means of a trained bird of prey. It is very popular in Arabic world. Evidence suggests that the art of falconry may have begun in Mesopotamia, with the earliest accounts dating to approximately 2,000 BC. 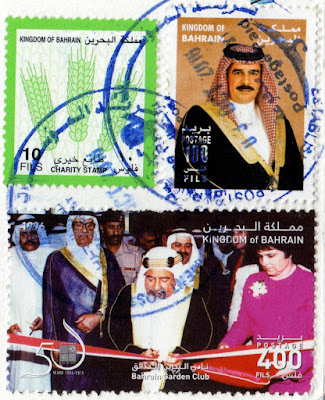 Posted by Branislav Ignjatov at 18:03