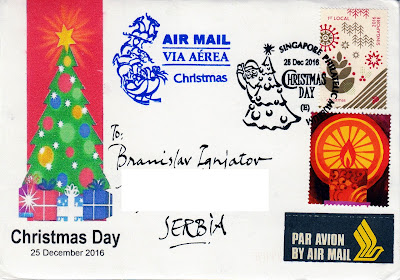 I received this Christmas cover from Singapore. Release date for cover was 25th December 2016. Cover designer is Johnny Lowis, who sent me this cover with very nice postmark. But this Christmas stamp is issued on 19.10.2016, as a part of set of eight stamps called Festivals. 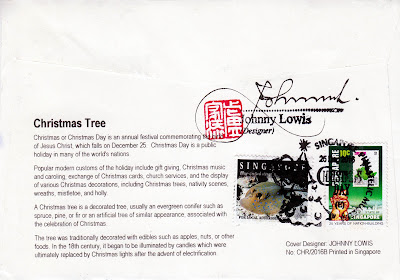 
Posted by Branislav Ignjatov at 00:22