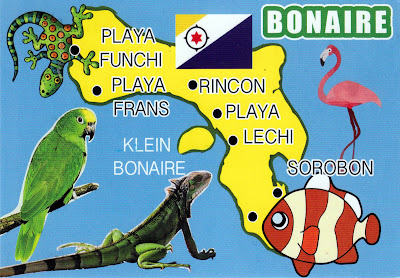 Bonaire is an island in the Leeward Antilles in the Caribbean Sea. Together with Aruba and Curaçao, it forms the group known as the ABC islands, located less than a hundred miles off the north coast of South America near the western part of Venezuela. Bonaire was part of the Netherlands Antilles until the country's dissolution in 2010, when the island became a special municipality within the country of the Netherlands. 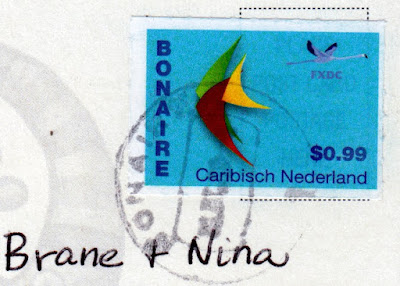 This is definitive stamp with logo of local post operator FXDC issued on 10.10.2014.

Posted by Branislav Ignjatov at 18:50