Cover from Kazakhstan with Postcrossing stamp! 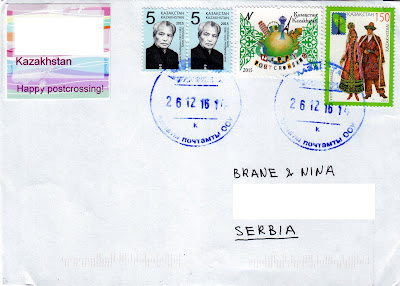 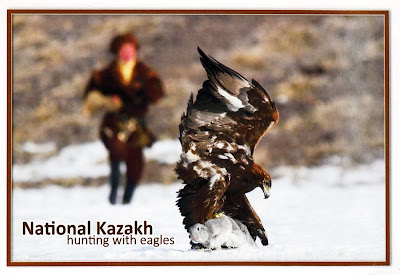 Postcard inside is dedicated to national Kazakh hunting with eagles. Racing through the mountain range on horseback, the Kazakh people of the Altai Region in Western Mongolia practice their ancient tradition of hunting with golden eagles. Around 70 Kazakh eagle hunters take part in the annual Golden Eagle festival and the following set of breathtaking images display the 4,000-year-old art in all of its glory.

Posted by Branislav Ignjatov at 18:25