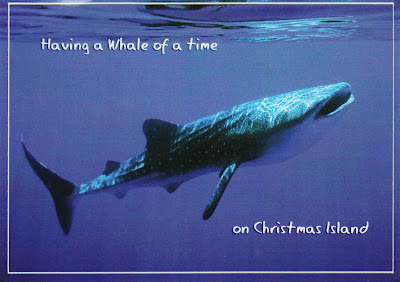 Christmas Island has a population of just over 2,000 residents, the majority of whom live in settlements on the northern tip of the island. The main settlement is Flying Fish Cove. The first European to sight the island was Richard Rowe of the Thomas in 1615. The island was later named on Christmas Day 1643 by Captain William Mynors, but only settled in the late 19th century. 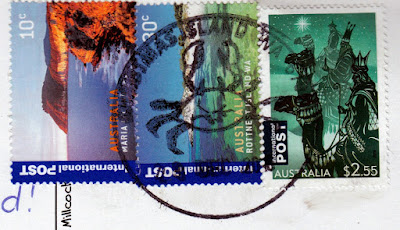 In 1958, the island received its own postage stamps after being put under Australian custody. It had a large philatelic and postal independence, managed first by the Phosphate Commission (1958–1969) and then by the island's administration (1969–93). This ended on 2 March 1993 when Australia Post became the island's postal operator; Christmas Island stamps may be used in Australia and Australian stamps may be used on the island. And in this case, unfortunately, sender used only Australian stamps, but postmark is very cool:


Posted by Branislav Ignjatov at 17:58