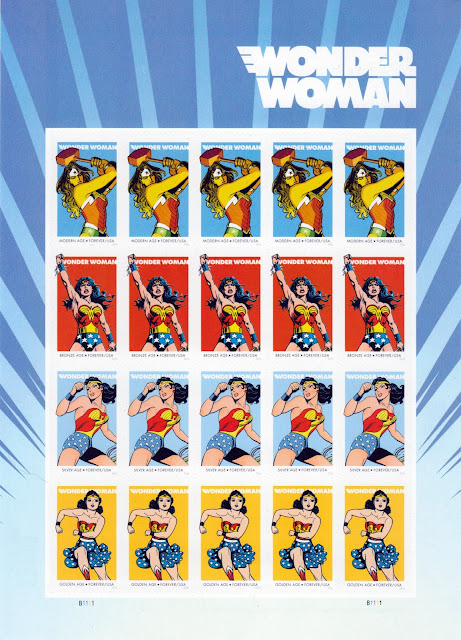 I received whole sheet of Wonder Woman stamps issued on 07.10.2016. Art Director/Designer is Greg Breeding.Wonder Woman is a fictional superheroine appearing in American comic books published by DC Comics. The character is a founding member of the Justice League, demigoddess, and warrior princess of the Amazonian people. In her homeland, she is Princess Diana of Themyscira, and outside of her homeland, she is known by her civilian identity Diana Prince.

Wonder Woman was created by the American psychologist and writer William Moulton Marston, and artist Harry G. Peter. He and his wife Elizabeth's cohabitant, Olive Byrne, is credited as being Marston's inspiration for the character's appearance. 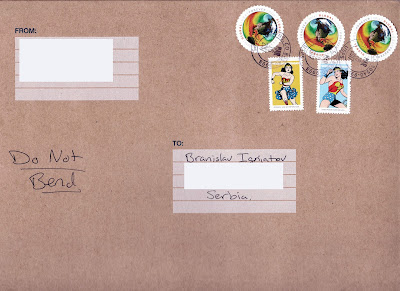 Posted by Branislav Ignjatov at 17:30