Flags of the World Series: Luxembourg 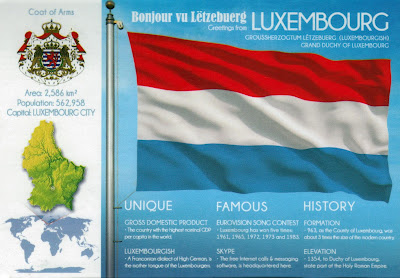 My second postcard from Luxembourg is from the series Flags of the World. The Grand Duchy of Luxembourg is a landlocked country in western Europe. Its capital, Luxembourg City, is, together with Brussels and Strasbourg, one of the three official capitals of the European Union and the seat of the European Court of Justice, the highest juridical authority in the EU. Its culture, people and languages are highly intertwined with its neighbors, making it essentially a mixture of French and Germanic cultures. This is emphasized by the three official languages, Luxembourgish, French, and German. The repeated invasions by its neighbor countries, especially in World War II, resulted in the country's strong will for mediation between France and Germany and, among other things, led to the foundation of the European Union. 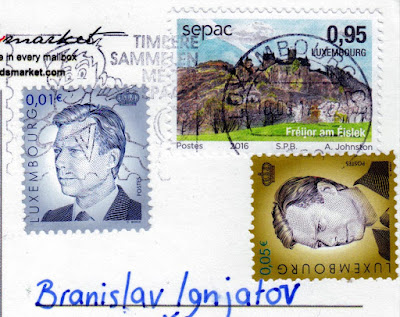 Posted by Branislav Ignjatov at 10:20