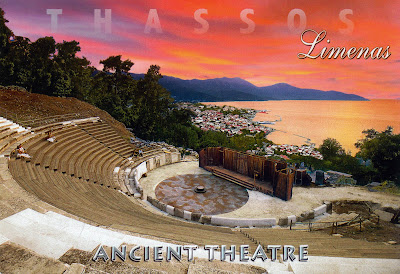 The ancient theater was constructed in a natural cavity of the hill in Limenas. The very first excavation took place in 1921 by a French Archaeological School. At the beginning of the 3rd century the forefront of the scene was built by marble and the foreground was dedicated to Dionysus. In the 1st century A.D., the theater was used for duels. Nowadays, the ancient theater hosts the local festival of Thassos where concerts and performances take place over the year. It has a panoramic view with a capacity of 2000 viewers. 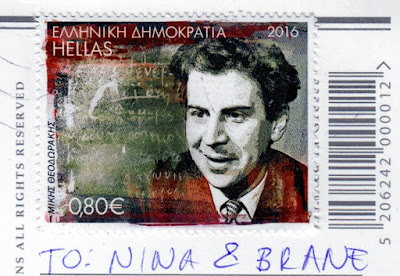 Stamp on postcard is Mikis Theodorakis (from set Members of the Lambrakis youth movement), issued on 08.07.2016.

Posted by Branislav Ignjatov at 22:04