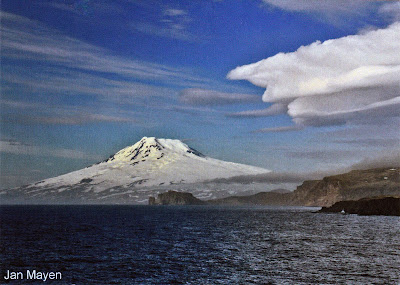 I received this surprise postcard form Norwegian volcanic island Jan Mayen, situated in the Arctic Ocean. It is 55 km long and partly covered by glaciers. It lies 600 km northeast of Iceland, 500 km  east of central Greenland and 1,000 km west of the North Cape, Norway. The island is mountainous, the highest summit being the Beerenberg volcano in the north. This postcard is made by sender itself! 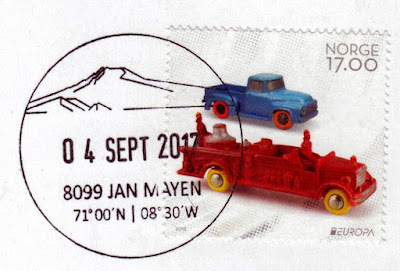 This beautiful cancellation shows same volcano, and stamp is from set EUROPA - Old Toys, issued on 05.06.2015.

Posted by Branislav Ignjatov at 00:40