Flags of the World Series: Malawi 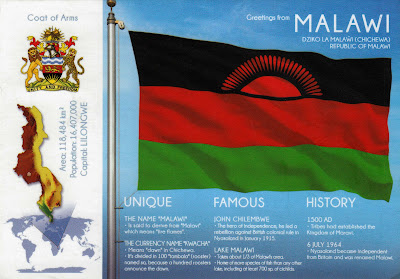 My first postcard from Malawi is from Flags of the World Series. Malawi is a landlocked country in southeast Africa that was formerly known as Nyasaland. It is bordered by Zambia to the northwest, Tanzania to the northeast, and Mozambique on the east, south and west. Its capital is Lilongwe, which is also Malawi's largest city. The name Malawi comes from the Maravi, an old name of the Nyanja people that inhabit the area. The country is also nicknamed "The Warm Heart of Africa". 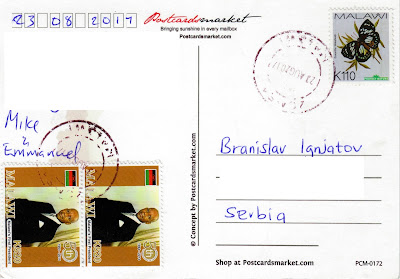 
Thank you Mike and Emmanuel!

Posted by Branislav Ignjatov at 22:24