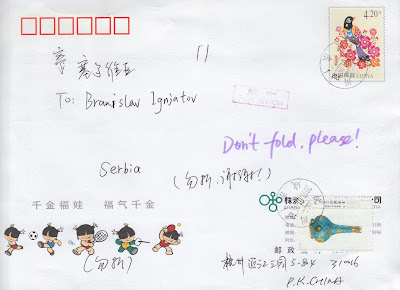 I received prepaid cover from China, but on lower right part of cover is one stamp for additional postage. This stamp is from set Cloisonné Enamel, issued on 21.04.2013. 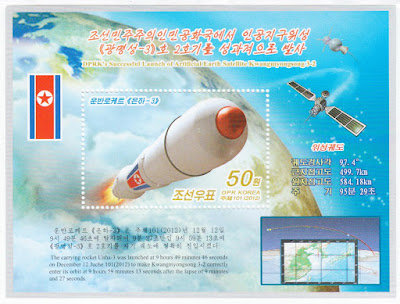 Inside was this mini sheet Launch of Satellite Kwangmyŏngsŏng-3 Unit 2, issued on 30.12.2012. Kwangmyŏngsŏng-3 Unit 2 is the first satellite successfully launched from North Korea, an Earth observation spacecraft that was launched on 12 December 2012, in order to replace the original Kwangmyŏngsŏng-3, which failed to reach orbit on 13 April 2012. The United Nations Security Council condemned the satellite launch, regarding it as a violation of the ban on North Korean ballistic missile tests, as the rocket technology is the same.


Posted by Branislav Ignjatov at 21:09