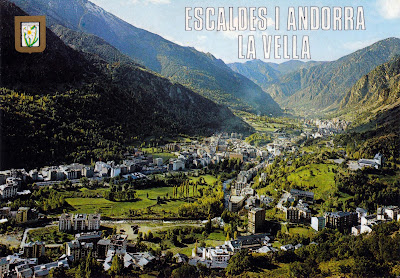 Postal services in Andorra are unique in that they are not operated by the country itself, but by its two larger neighboring countries, Spain and France. This is a legacy of the centuries of de facto control exercised by those two countries over Andorra. Correos of Spain and La Poste of France operate side by side. This postcard is sent through Spanish postal system in Andorra. 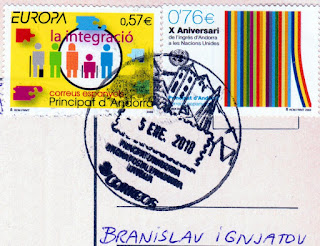 Posted by Branislav Ignjatov at 00:29