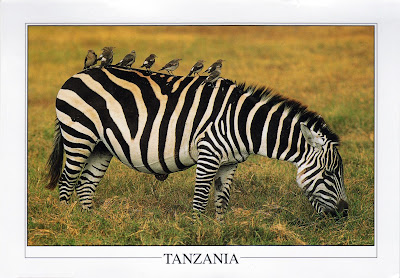 The Ngorongoro Conservation Area  is a protected area and a World Heritage Site located 180 km west of Arusha in the Crater Highlands area of Tanzania. The area is named after Ngorongoro Crater, a large volcanic caldera within the area. The name of the crater has an onomatopoeic origin; it was named by the Maasai pastoralists after the sound produced by the cowbell (ngoro ngoro). Based on fossil evidence found at the Olduvai Gorge, various hominid species have occupied the area for 3 million years. 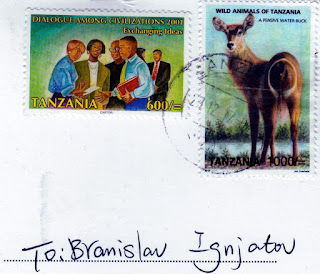 Stamps on postcard:
International Year of Dialogue Among Civilizations, issued on 09.10.2001.
Waterbuck (from set Wild Animals of Tanzania), issued on 31.08.2009.

Posted by Branislav Ignjatov at 22:48