Cover and stamps from Russia 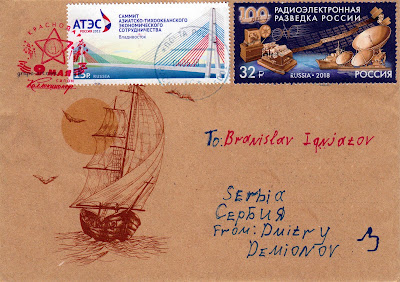 I received cover from Russia, from Krasnodar. Cover have two stamps: Asia-Pacific Economic Cooperation Summit, Vladivostok, issued on 31.8.2012. and The 100th Anniversary of Radio Electronic Reconnaissance in Russia, issued on 29.6.2018. 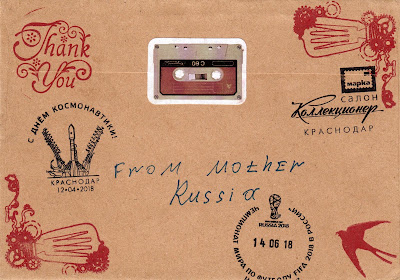 Back side of cover is also interesting. There's two special postmarks: First is dedicated to Day of astronomy and second to FIFA World Cup 2018. 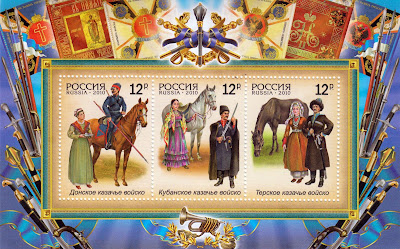 Inside was two beautiful mini sheets: First is History of the Russian Cossacks, issued on 20.8.2010. 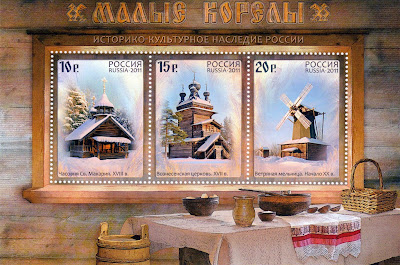 Second is Museum of Wooden Architecture and Folk Art - Malye Korely, issued on 1.8.2011.

Posted by Branislav Ignjatov at 01:05