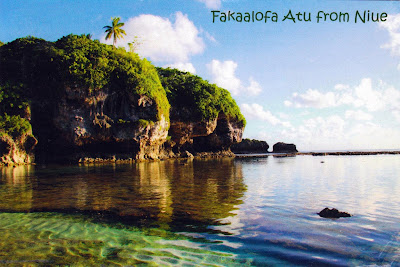 I received earlier cover from Niue, and this is my first postcard. Niue is an island country in the South Pacific Ocean, 2,400 kilometers northeast of New Zealand, east of Tonga, south of Samoa, and west of the Cook Islands. The first Europeans to sight Niue sailed under Captain James Cook in 1774. Cook made three attempts to land, but the inhabitants refused to grant permission to do so. He named the island "Savage Island" because, as legend has it, the natives who "greeted" him were painted in what appeared to be blood. The substance on their teeth was hulahula, a native red fe'i banana. For the next couple of centuries, Niue was known as Savage Island until its original name, Niuē, which translates as "behold the coconut", regained use. 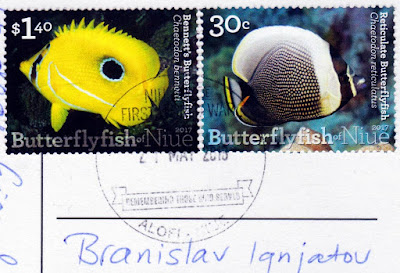 Posted by Branislav Ignjatov at 15:24