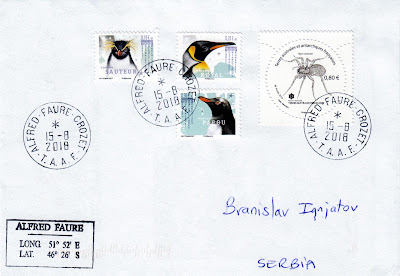 The Crozet Islands are a sub-antarctic archipelago of small islands in the southern Indian Ocean. They form one of the five administrative districts of the French Southern and Antarctic Lands. It consists of several small uninhabited islands of volcanic origin. Discovered by Captain Nicolas-Thomas Marion-Dufresne in 1772, the islands cover an area of 505 square km. Rising to 2,000 m on the Île de la Possession, they are rugged, with steep cliffs, and have been the scene of many shipwrecks. They have been designated a national conservation area. 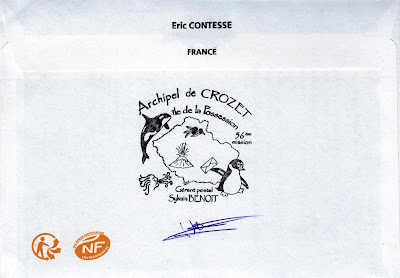 There is also on back special cancellation and signature of post master!


Thank you so much Erik!

Posted by Branislav Ignjatov at 01:17