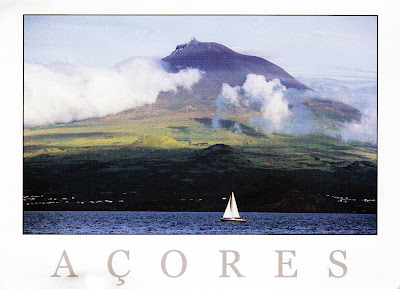 This is postcard from Portuguese Autonomous Region of the Azores, my last missing country/territory/region from Europe which have own postal system or stamps. Correios de Portugal have separate stamps for Azores and Madeira, but you can also use stamps intended for use in continental Portugal. On this postcard you can see Pico Island, part of Central Group of the Portuguese Azores. The landscape features an eponymous volcano, Ponta do Pico, which is the highest mountain in Portugal, the Azores, and the highest elevation of the Mid-Atlantic Ridge. In the tradition of the Portuguese poet, Raul Brandão, Pico is referred to as the Ilha Preta ("Black Island"), for its black volcanic earth, responsible for its UNESCO-designated historical vineyards that allowed the development of the island. 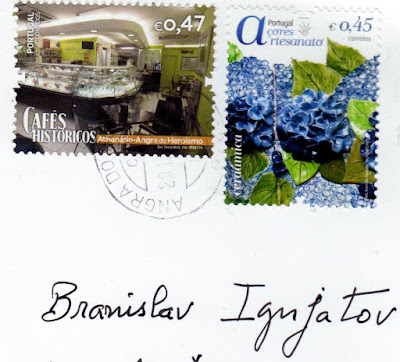 
Thank you very much Maria!

Posted by Branislav Ignjatov at 20:16