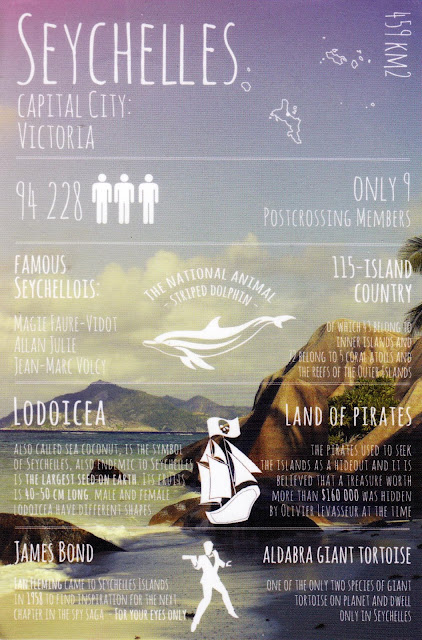 Seychelles is an archipelago and sovereign state in the Indian Ocean. The capital of the 115-island country, Victoria, lies 1,500 kilometres east of mainland East Africa. With a population of roughly 94,228, it has the smallest population of any sovereign African country. The Seychelles were uninhabited throughout most of recorded history. Some scholars assume that Austronesian seafarers and later Maldivian and Arab traders were the first to visit the uninhabited Seychelles. This assumption is based on the discovery of tombs, visible until 1910. Independence was granted in 1976 as a republic within the Commonwealth. 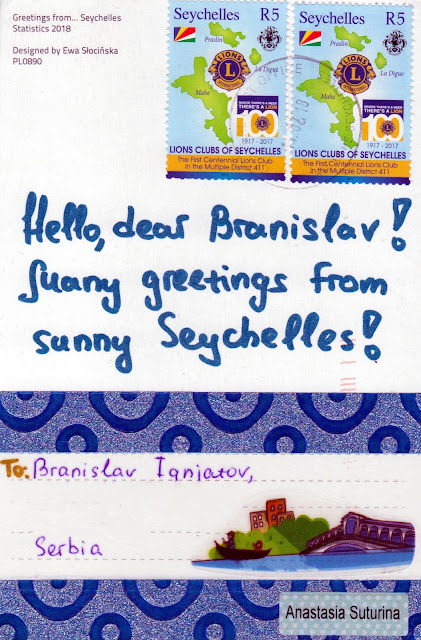 Stamps on postcard: The 100th Anniversary of Lions Clubs International, issued on 30.5.2017.

Posted by Branislav Ignjatov at 01:31