Postcard from Eritrea, missent to India 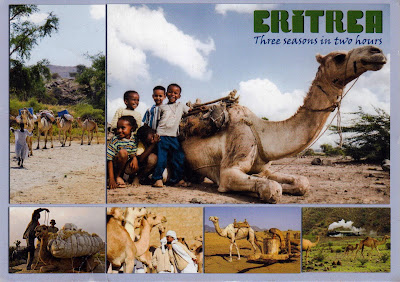 Eritrea is a country in the Horn of Africa, with its capital at Asmara. It is bordered by Sudan in the west, Ethiopia in the south, and Djibouti in the southeast. Name Eritrea is based on the Greek name for the Red Sea, which was first adopted for Italian Eritrea in 1890. At Buya in Eritrea, one of the oldest hominids representing a possible link between Homo erectus and an archaic Homo sapiens was found by Italian scientists. Dated to over 1 million years old, it is the oldest skeletal find of its kind and provides a link between hominids and the earliest anatomically modern humans. It is believed that the section of the Danakil Depression in Eritrea was also a major player in terms of human evolution, and may contain other traces of evolution from Homo erectus hominids to anatomically modern humans. 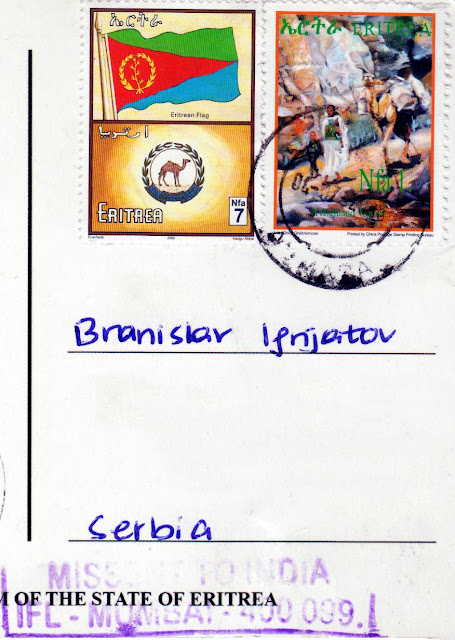 This postcard was missent to India, so i have cancellations from two countries and two nice stamps on this card:
First one is from set Progress and National Symbols, issued on 17.3.2000.
Second is from set Paintings by Ghide Ghebremicael, issued on 12.7.2004.

Posted by Branislav Ignjatov at 02:14