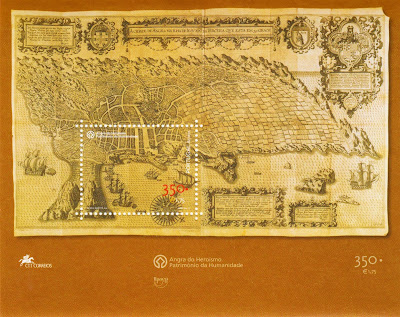 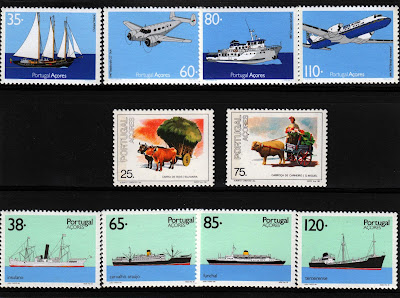 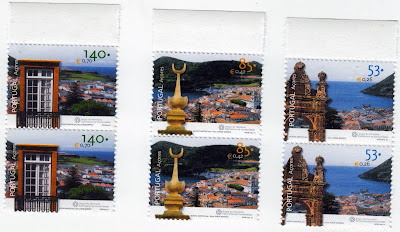 This stamps set is also dedicated to UNESCO World Heritage - Angra do Heroismo, and is released on 4.6.2001. 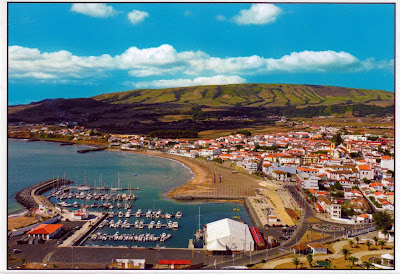 Inside cover were also two postcards. This one shows Praia da Vitória (translated as the Beach of the Victory), the second largest administrative authority on the island of Terceira. 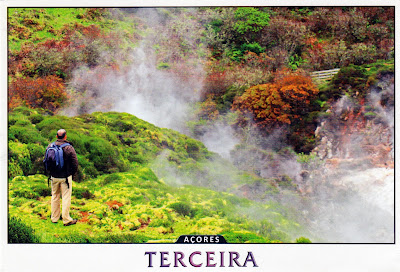 And this postcard shows fumaroles on Terceira Island, one of the larger islands of the archipelago, which capitol city is  Angra do Heroísmo. 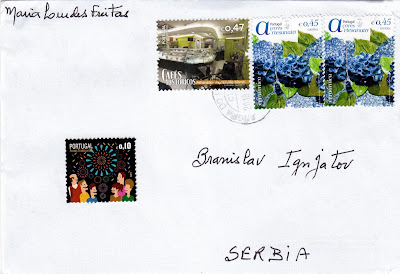 Posted by Branislav Ignjatov at 02:06