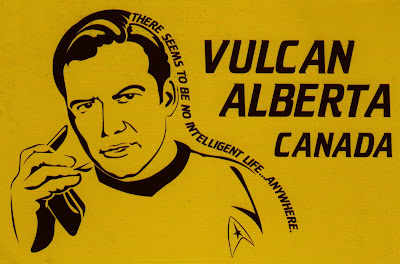 This is another postcard from Vulcan, Canada. Vulcan is a town in the prairies of southern Alberta, Canada, within Vulcan County. It is located on Highway 23, midway between the cities of Calgary and Lethbridge. The population of the town was 1,836 in 2011. Now known as the "Official Star Trek Capital of Canada," Vulcan has a Tourism building made to look like a landed space station, a statue of the Original Series Enterprise, and other Star Trek themed attractions, as well and postcards, as you can see here. 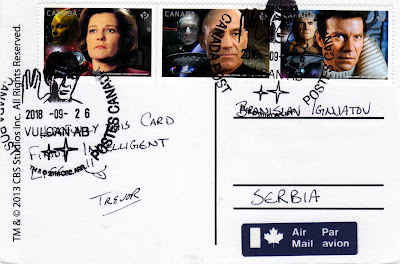 
Posted by Branislav Ignjatov at 20:40