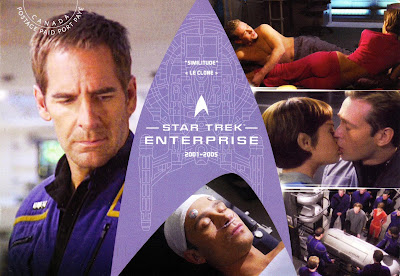 I received another Star Trek postcard from Vulcan, Canada. This one is dedicated to Star Trek: Enterprise, the sixth series in the Star Trek franchise. It served as a prequel to Star Trek: The Original Series. Set in the 22nd century a hundred years before the events of The Original Series, and just prior to the formation of the United Federation of Planets, the series follows the adventures of the Enterprise, Earth's first starship capable of traveling at warp five. 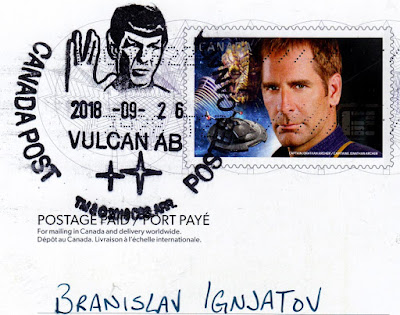 Another beautiful cancellation from Vulcan on prepaid card issued by Canada Post.


Thank you so much Trevor!

Posted by Branislav Ignjatov at 12:31