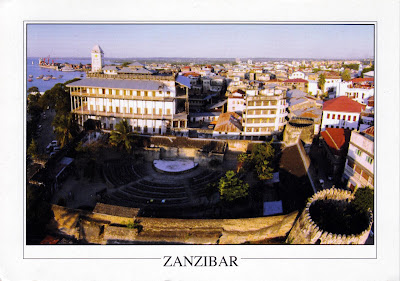 Stone Town is the old part of Zanzibar City, the main city of Zanzibar, in Tanzania. Stone Town is located on the western coast of Unguja, the main island of the Zanzibar Archipelago. Former capital of the Zanzibar Sultanate, and flourishing center of the spice trade as well as the slave trade in the 19th century, it retained its importance as the main city of Zanzibar during the period of the British protectorate. When Tanganyika and Zanzibar joined each other to form the United Republic of Tanzania, Zanzibar kept a semi-autonomous status, with Stone Town as its local government seat.

Stone Town is a city of prominent historical and artistic importance in East Africa. Its architecture, mostly dating back to the 19th century, reflects the diverse influences underlying the Swahili culture, giving a unique mixture of Arab, Persian, Indian and European elements. For this reason, the town was designated as a UNESCO World Heritage Site in 2000. 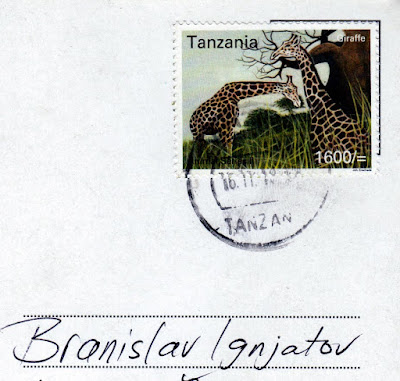 This nice giraffe stamp from set Wildlife of Tanzania, issued on 13.2.2017.


Posted by Branislav Ignjatov at 00:20