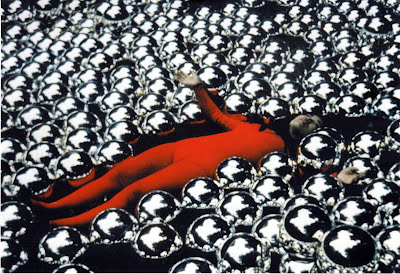 Narcissus Garden dates back to 1966, when Kusama first participated in the 33rd Venice Biennale. The work comprised hundreds of mirrored spheres outdoors in what she called a 'kinetic carpet'. As soon as the piece was installed, Kusama began selling each individual sphere for $2, until the Biennale organisers put an end to her enterprise. Perhaps one of Kusama's most notorious works, Narcissus Garden was as much about the promotion of the artist through the media as it was an opportunity to offer a critique of the mechanisation and commodification of the art market. Various versions of Narcissus Garden have been presented worldwide at venues Kunstverein Braunschweig, 2003 and as part of the Whitney Biennial in Central Park, New York in 2004 and now in Paris. 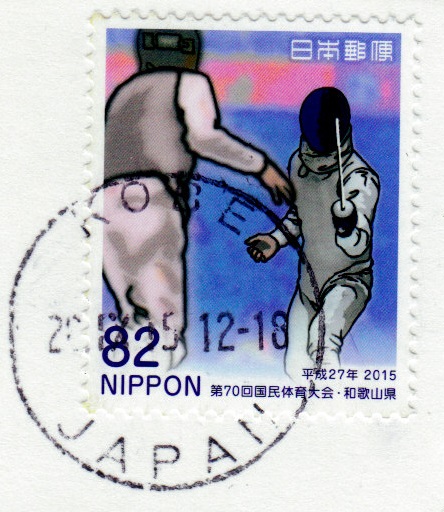 There was one more stamp on this postcard, my first from Ryukyu Islands! 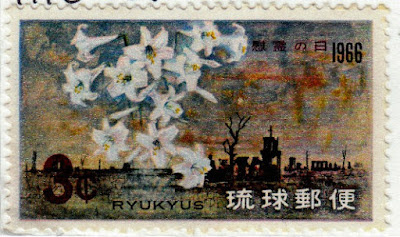 The Ryukyu Islands are a chain of islands in the western Pacific Ocean, on the eastern limit of the East China Sea and to the southwest of the island of Kyushu in Japan. The largest of the islands is Okinawa Island. The Ryukyu Kingdom was formally annexed by the Empire of Japan in 1872, although the kingdom had been part of the feudal Satsuma Domain in Kyushu since 1609. During World War II, the islands came under the occupation of the United States military in 1945, and a civilian government was set up under American control in 1952. The islands reverted the control of Japan in 1972.

Thank You very much Saori for this postcard and rare stamp!!

Posted by Branislav Ignjatov at 14:19