I have received from Morocco two postcards in envelope and one postcard without envelope. This is my first mail from Morocco. 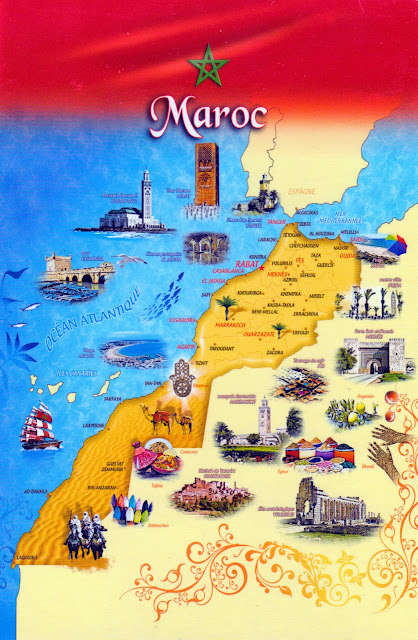 Morocco, officially the Kingdom of Morocco, is a country in the Maghreb region of North Africa. Geographically, Morocco is characterized by a rugged mountainous interior and large portions of desert. It is one of only three countries (with Spain and France) to have both Atlantic and Mediterranean coastlines. 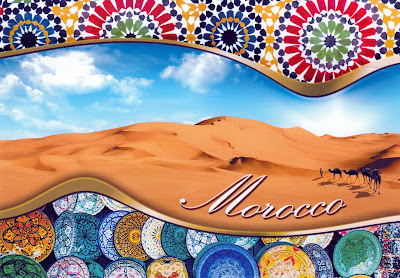 Morocco has a population of over 33.8 million and an area of 446,550 km2. Its political capital is Rabat, although the largest city is Casablanca; other major cities include Marrakesh, Tangier, Tetouan, Salé, Fes, Agadir, Meknes, Oujda, Kenitra, and Nador. A historically prominent regional power, Morocco has a history of independence not shared by its neighbours. Its distinct culture is a blend of Arab, indigenous Berber, Sub-Saharan African, and European influences. 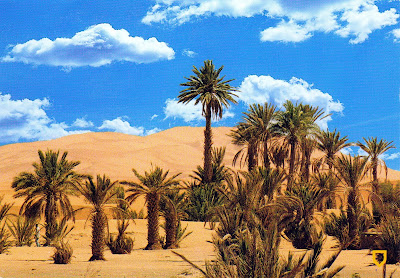 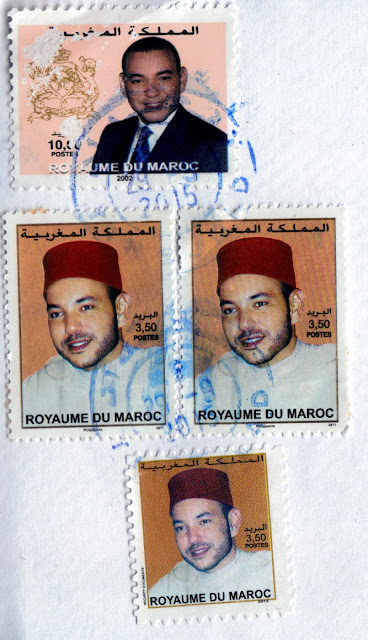 Both stamps on envelope are commemorative, and on both is King Mohammed VI. First stamps is issued on  year 2002, and second on 2011-02-01. First stamp is also on postcard. 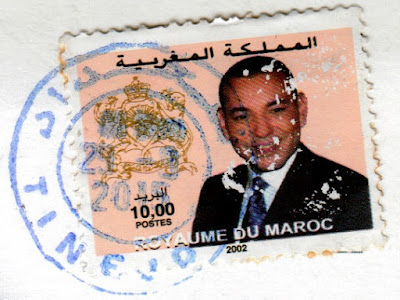 Thank You very much El Mustapha!

Posted by Branislav Ignjatov at 00:12