Woman in a Black Hat 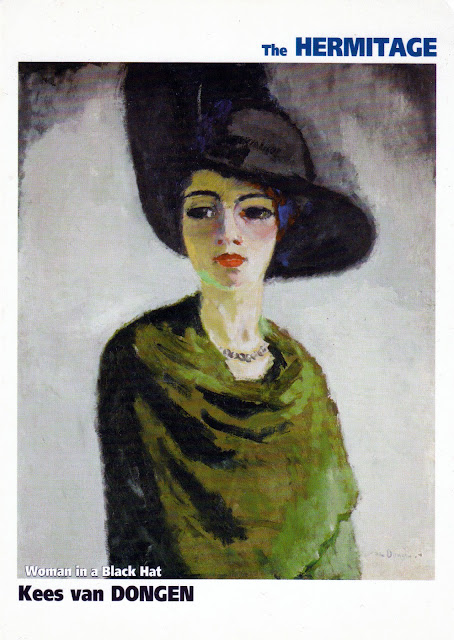 Cornelis Theodorus Maria 'Kees' van Dongen (26 January 1877 – 28 May 1968) was a Dutch-French painter and one of the Fauves at the controversial 1905 Salon d'Automne exhibition. He gained a reputation for his sensuous, at times garish, portraits.

"Woman in Black Hat, was one of several paintings he made of women in hats that are minimal in composition, but are charged with a sensuous undertone. The restricted palette of green, red and black and the simple forms with sparing use of lines make the image intensely focused."

Beautiful Russian stamps! First stamp is Bank of Russia, 1855 copper half-kopeck coin, issued on 2010-09-22, paper is coated with silver paste, gold foil. Second stamp is Russian Expeditionary Force in France, The 100th Anniversary of the Beginning of World War I , issued on 2014-07-31.


Thank You very much Yulia!

Posted by Branislav Ignjatov at 18:47