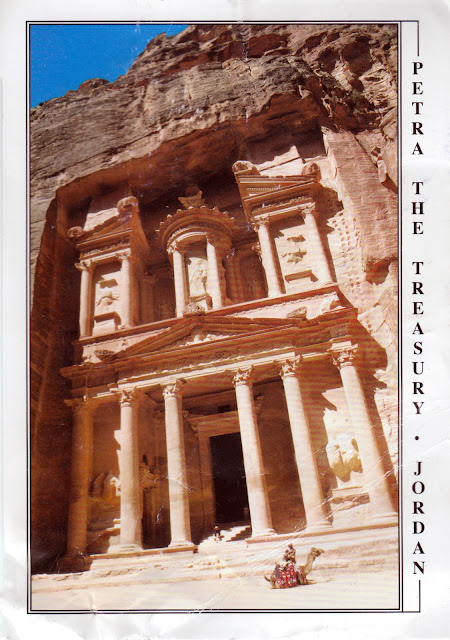 This beautiful postcard of Treasury in Petra is my first from Jordan. The Treasury (Al Khazneh) is one of the most elaborate temples in the ancient Arab Nabatean Kingdom city of Petra. As with most of the other buildings in this ancient town, including the Monastery, this structure was carved out of a sandstone rock face. The treasury was built by the Arab Nabateans, coinciding with the time of the Hellenistic and Roman Empires and so has classical Greek-influenced architecture.

There is a 3 big nice stamps on this postcard:


Posted by Branislav Ignjatov at 21:21