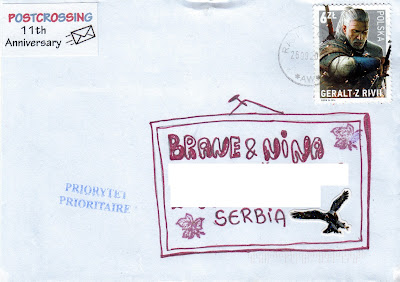 I have received cover from Poland with wonderful The Witcher stamp! If you are gamer, you who this is! The Witcher is an action role-playing hack and slash video game developed by CD Projekt RED. The game is based on the novel series of the same name by Polish author Andrzej Sapkowski. The Witcher takes place in a medieval fantasy world and follows the story of Geralt, one of a few remaining Witchers – traveling monster hunters for hire who have supernatural powers. The game's system of "moral choices" as part of the storyline was noted for its time-delayed consequences and lack of black-and-white morality. 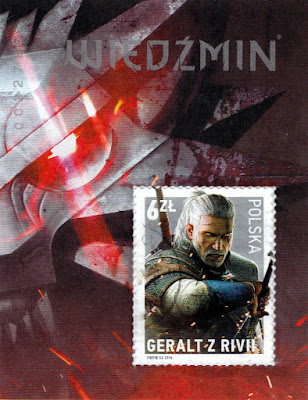 There's a three parts of this video game series: The Witcher, The Witcher 2: Assassins of Kings, and The Witcher 3: Wild Hunt. The Witcher III was released in 2015 and has become one of the most awarded video games of all time. Issued date for this stamp is 16.09.2016.

Posted by Branislav Ignjatov at 00:48