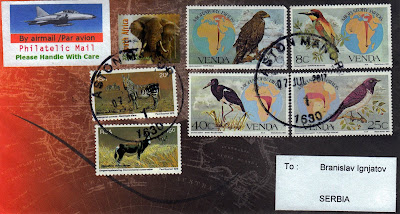 Venda was a Bantustan in northern South Africa, close to the South African border with Zimbabwe to the north, while to the south and east, it shared a long border with another black homeland, Gazankulu. It is now part of the Limpopo province. Venda was founded as a homeland by the South African government for the Venda people, speakers of the Venda language. The United Nations and international community refused to recognize Venda (or any other Bantustan) as an independent state.

I received this mixed Venda cover from South Africa. You can't use Venda stamps for international mail, but they can be used together with South African stamps. 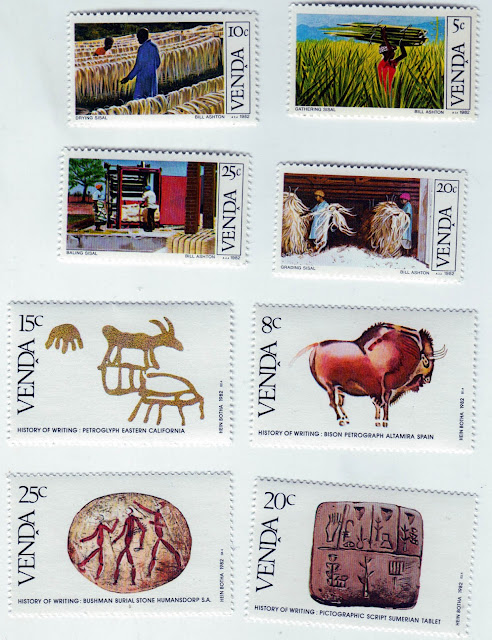 Posted by Branislav Ignjatov at 21:52