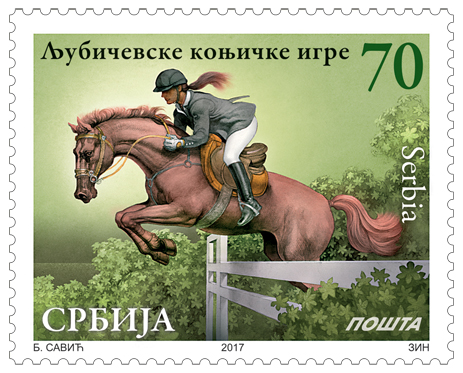 This new stamp is Ljubičevo equestrian games, and it will be released 01.09.2017.  Ljubičevo Equestrian Games is an equestrian tournament held annually in Požarevac. In 2013, the tournament had its 50th birthday and was a central event in the whole region. The tournament is held during the first week of September. 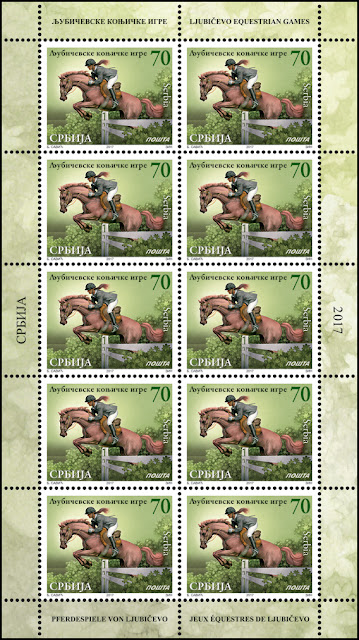 On the right shore of the river Velika Morava is located one of the oldest stables named Ljubičevo stable. In this place, before the stable was founded, there was a large agricultural property of Miloš Obrenović I, Prince of Serbia called "Morava". In April 1860, Miloš donated his property to the country. At the same time, Miloš ordered that the stable from a place called Ćuprija is moved to his property, that stable was established earlier by Aleksandar Karađordević. The only thing left in Ćuprija was the branch Dobričevo and by the fall of that year the big stable was built in Ljubičevo and the entire complex was moved there. During the governance of prince Mihajlo in 1866 when the headmaster was Aga Jefta, in the honor of princess Ljubica, wife of Miloš Obrenović I, Prince of Serbia, the agricultural property was named Ljubičevo. 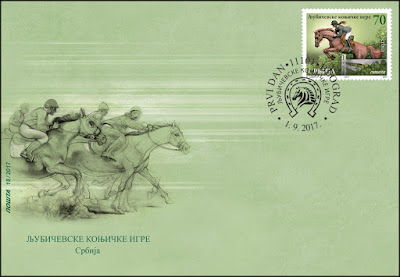 Posted by Branislav Ignjatov at 21:04