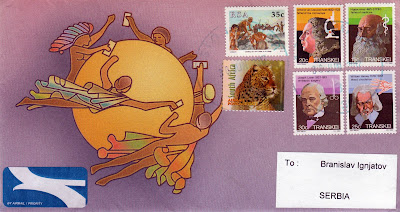 Republic of Transkei was a Bantustan—an area set aside for members of a specific ethnicity—and nominal parliamentary democracy in the southeastern region of South Africa. Transkei represented a significant precedent and historic turning point in South Africa's policy of apartheid and "separate development"; it was the first of four territories to be declared independent of South Africa. Throughout its existence, it remained an internationally unrecognised, diplomatically isolated, politically unstable de facto one-party state, which at one point broke relations with South Africa, the only country that acknowledged it as a legal entity. In 1994, it was reintegrated into its larger neighbour and became part of the Eastern Cape province.

I received this mixed Transkei cover from South Africa. You can't use Transkei stamps for international mail, but they can be used together with South African stamps. 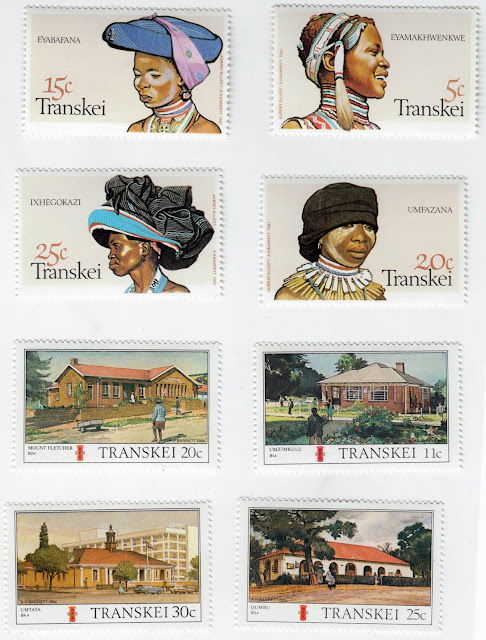 
Thank you very much Willy!

Posted by Branislav Ignjatov at 00:17