I received once more nice registered big cover from Canada, this time bigger than my scanner. Cover was full of beautiful mint Canadian stamps, but there's also a lot of nice stamps on cover: 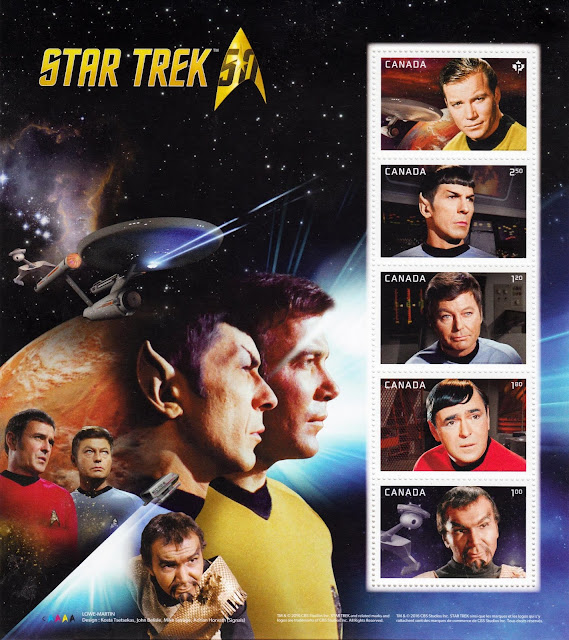 My friend sent me inside lot of wonderful Canadian stamps, and i received once again one of the Star Trek minisheets. I have this stamps in self-adhesive variant, but this sheet have classic gum. It's part of the set issued on 5.5.2016. There's a fluorescent frame on each stamp. 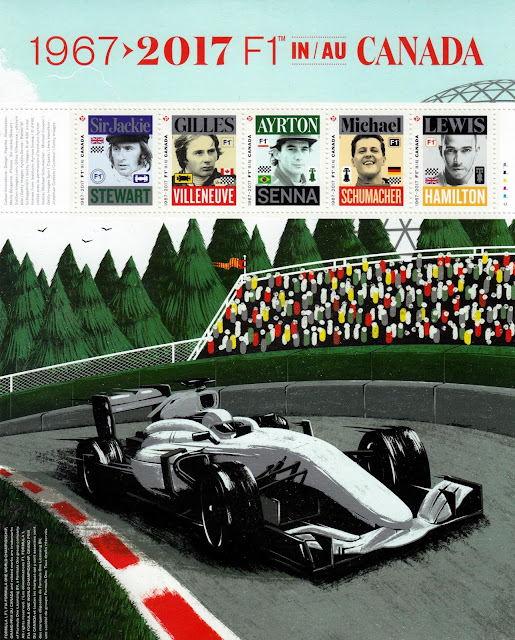 Another wonderful minisheet, dedicated to my favorite sport - The 50th Anniversary of F1 in Canada, issued on 16.5.2017. This stamps also have fluorescent frame. 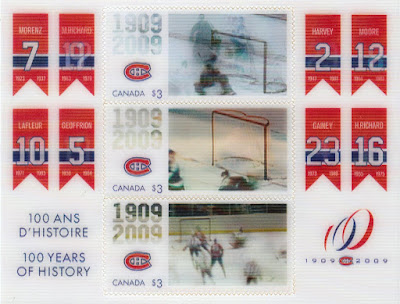 This is minisheet The 100th Anniversary of Montreal Canadiens, issued on 17.10.2009. Using an action-oriented printing process called Motionstamp technology, the three stamps on the souvenir sheet feature replays of the historic 500th goals of Maurice Richard, Jean Béliveau, and Guy Lafleur, while playing for the Canadiens.

Because you can't see motion on this sheet when is scanned, i found this nice GIF to show you how this look like. 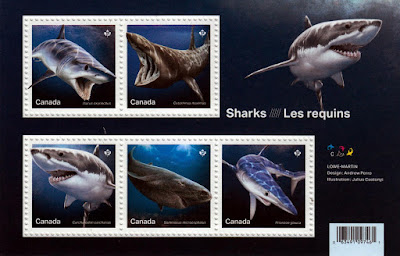 Scary and beautiful sharks are on this sheet issued on 13.7.2018. Beautiful design by Andrew Perro. 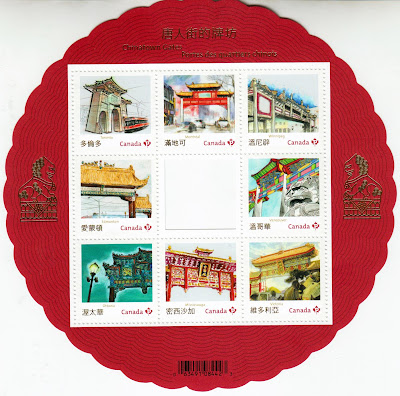 This circular miniature sheet of 8 stamps is Chinatown Gates, issued on 1.5.2013. It shows Chinatown gates in Canadian cities, and sheet is in shape of traditional Chinese coin. 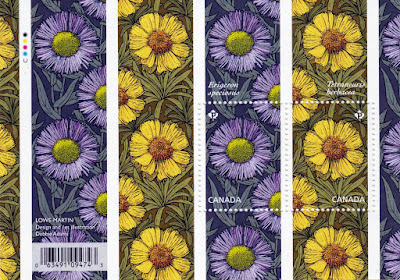 A nice flower minisheet with daisies, issued on 1.3.2017. Nice design by Debbie Adams. 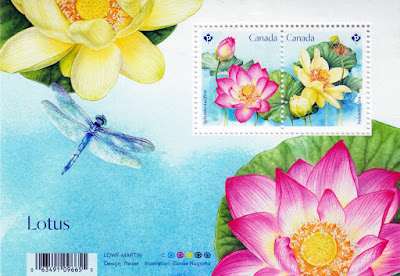 And another minisheet with flowers, this time with two lotus flowers, Nelumbo nucifera and Nelumbo lutea, issued on 1.3.2018. 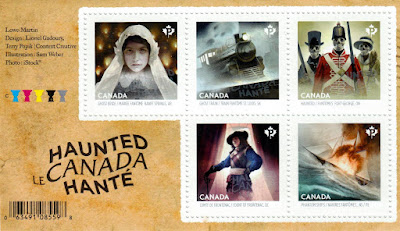 
Thank you so much, Trevor!

Posted by Branislav Ignjatov at 23:17