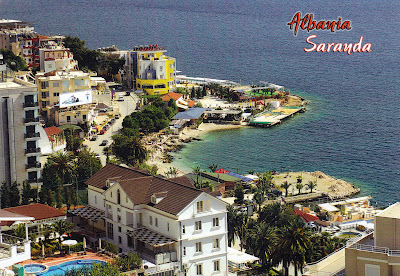 We received this summer two postcards from Saranda, a coastal town in Albania. Geographically, it is situated on an open sea gulf of the Ionian Sea in the central Mediterranean, about 14 km east of the northern end of the island of Corfu, were Nina's mother was on vacation. She visited this town and sent us this view cards. 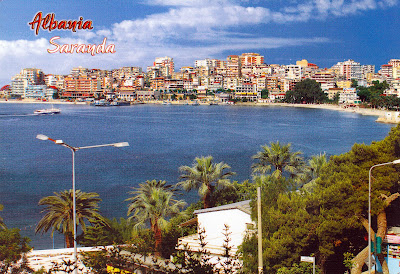 The city is known for its blue deep waters of the Mediterranean. Near Saranda are the remains of the ancient city of Butrint, a UNESCO World Heritage site. In recent years, Saranda has seen a steady increase in tourists, many of them coming by cruise ship. Visitors are attracted by the natural environment of Saranda and its archaeological sites. Saranda has a large Greek population and is considered one of the two centers of the Greek minority in Albania. 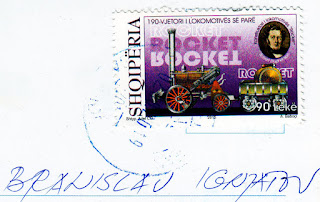 Both cards arrived with this stamp from set 190th Anniversary of the First Locomotive. 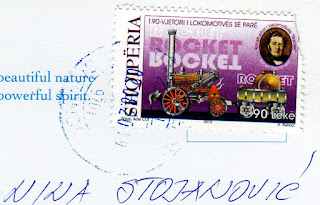 
Posted by Branislav Ignjatov at 00:42