Postcards dedicated to Serbian military graveyard and memorial on Corfu and Vido, Greece 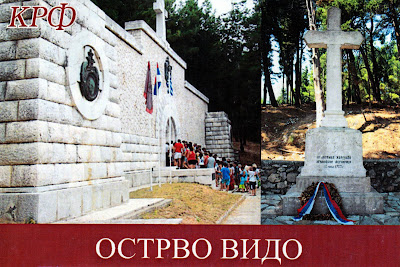 This postcards are dedicated to very important piece of Serbian history, The Great retreat during WWI, when most of the half soldiers and civilians died during retreat and also on Corfu.

The Great Retreat, also known as the Albanian Golgotha, took place during the First World War following the invasion of Serbia by the Central Powers. Facing total destruction but refusing to come to terms, the government and the supreme command made the decision, on 23 November 1915, to retreat through Montenegro and Albania where they hoped to reach the Adriatic coast and be rescued by Allied ships.

The retreat took the remnants of the Serbian Army, the King, hundreds of thousands of civilian refugees, with thousands of Austrian prisoners, across some of the roughest terrain in Europe in the middle of winter, enduring harsh weather, treacherous roads, and enemy raids. During the journey across the mountains, around 70,000 soldiers and 140,000 civilians froze, starved to death, died of disease or were killed by hostile Albanian tribes between November 1915 and January 1916.

Out of around 400,000 people who set out on the journey, only 120,000 soldiers and 60,000 civilians reached the Adriatic coast to be evacuated to the Greek island of Corfu, 11,000 more would die later of disease, malnutrition, or exposure sustained on the retreat. In some sources published following the conflict, the event was described as the greatest and most tragic episode of the Great War.

On this first postcard you can see entrance to mausoleum and memorial on island Vido. 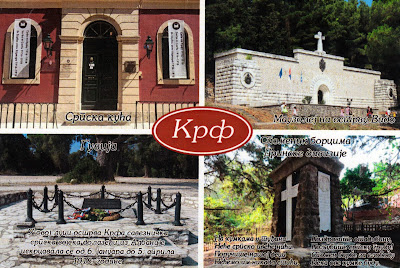 Here you can see museum Serbian House, mausoleum on Vido, memorila in Gouvia and monument dedicated to soldiers of Drina division. 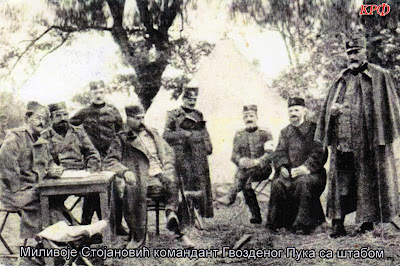 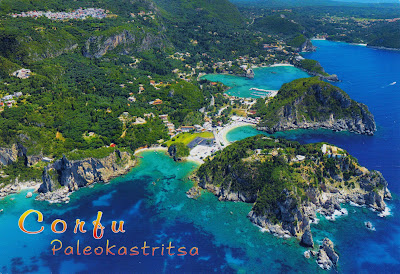 And this is look at coast of Corfu today. 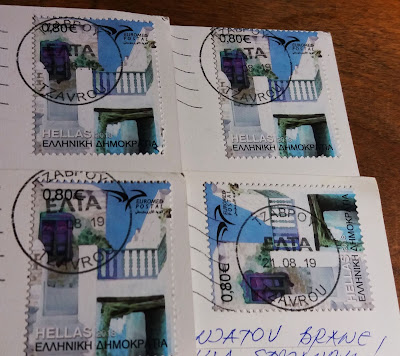 All cards are sent with same stamp - Euromed 2018.

Posted by Branislav Ignjatov at 00:20